IF A WICKED MAN 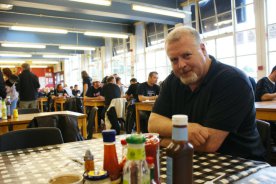 John Lawson  was born in Maryhill, Glasgow, Scotland in 1966.  In 1970 aged three he emigrated to Durban, South Africa with his Mum Josephine and Father Lex. He grew up as a well-mannered and polite boy in a society that respected its elders. His brother Alex was born in 1972 and they seemed like the perfect family unit.

His Father Lex was a well-respected police officer and his mum Josephine worked in a well know upmarket store. Life was very different in South Africa in comparison to the poverty of Glasgow and John loved the outdoor lifestyle. He particularly loved to go to the shooting range with his Dad and treasured every moment with his father. John's world was turned upside down in 1977 when his mother and brother had to return quickly to the UK as his Grandfather was diagnosed with terminal cancer and only had weeks to live.

John stayed in South Africa with his dad to finish school and keep travel costs down.  One day, his Dad picked him up at the end of term and drove him home. As his dad locked him inside their apartment he said " dont be scared if it gets dark son, just go to bed as I have to work late" His father left and never came back. After being locked in for four days without food, ten year old John was becoming delirious but fortunatley some family friends broke down the door and took John to their house. His father had 'run off' with his mistress which was a shock to everyone. aged 10, John was put on a plane to the UK and so began the third chapter of his life.

His Grandad died, soon followed by Grandmother and it became apparent that they would not be returning to South Africa. Penniless and homeless, Josephine, John and Alex were forced to take a council flat on the notorious Drumchapel housing estate just outside Glasgow. It was known at the time as the worst housing estate in Europe and this is where John encountered violence for the first time. With his soft accent and polite demeanour John attracted the attention of bullies and soon discovered an ability to take a punch and feel no pain.

A few years later the family moved to Birkenhead Merseyside where unbeknown to his mother, John got involved in burglary, theft and violence. Leaving school at 18 he had no real qualifications to speak of, but he was good with his fists. Married and divorced young, he became a single dad to a young son and yearned for more in life.  He soon became a bouncer, joined a biker gang, married for the second time to another single parent, moved back to Scotland had two more sons before he joined his gangster uncles in Soho running the biggest brothel in London. He became a bodyguard (even working for a short time with The Rolling Stones) and finally became embroiled in full time crime as an enforcer for gangsters. sentenced to five years in prison for extortion he divorced for the second time and lost his home and money before his life was dramatically changed in prison.

Today John lives in East Sussex with his wife Carolyn and her two children. His kids are all grown up now and visit as often as they can. John works in a full-time voluntary capacity and he spends much of the year travelling to some of the toughest prisons on the planet to share his story. 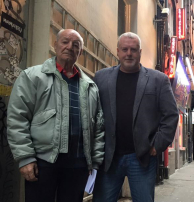 has spent his entire working life in the film and television industry, beginning his career in the cutting rooms, becoming a film editor, working on many international feature films, as well as major filmed television series. John then decided to widen his scope and moved into production becoming an assistant director, then moving into production management becoming a production manager, production supervisor, associate producer, and finally producer, working with many of the major US and British studios. John has also written and directed many commercials, documentaries and feature films.

John now concentrates his creative mind on writing, starting with the adaptation of bestselling author Anne Perry’s quintet of books, ‘No Graves As Yet’ ‘Angels In The Gloom’  ‘At Some Disputed Barricade’  ‘Shoulder The Sky’ ‘We Shall Not Sleep’ a murder mystery thriller, spanning the First World War into an epic television series. Anne Perry considers it to be the best adaptation of any of her books.

John then went on to research and write his first novel, “A Cuckoo Returns” a story based on fact about the German invasion of Norway.

John then wrote “Behind The Game” set in Mumbai, India, a murder mystery thriller that explores the heartaches, the joys, the sorrows, the successes, the failures, the passions, the intrigues, the drugs, and the intricate and crooked dealings of the financial world, that motivates and influences the game of cricket. Receiving great reviews and gaining a 5-star rating on Amazon

His third novel, ‘The Redundant Fugitive’ set in India and the UK is the story of a good man with values, who having been made redundant is innocently drawn into a sordid world of crime.

His fourth novel, “A Rainy Day in London” a sensuous story of contemporary themes exploring romance, sexuality, materialism, self-liberation, that explores the lives of two richly layered characters from opposite ends of the political spectrum.

John has completed draft screenplays of all the three novels

John is currently co-writing a historical novel “Catesby’s Holy War” with fellow writer Ric Gannon. The intriguing true story of the secret powerful traitorous men determined to end the persecution of their Catholic faith by creating an explosion of such magnitude to blow up the Houses of Parliament. Had the plot succeeded it would have resulted in a ground zero devastation that would not only have killed the King and his ministers, but hundreds of innocent people as well.

John’s comedy script “Pop Wrestler” is now being turned into a musical by an international composer and lyricist.

John has also created a format for a television game show based on the game of cricket.

John is a Freeman of The City of London. 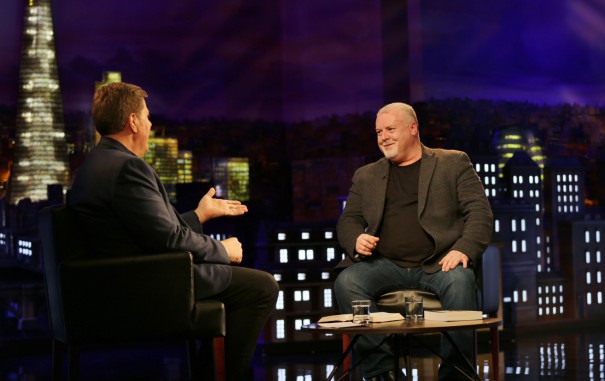 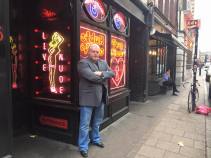 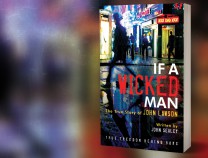 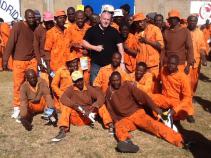 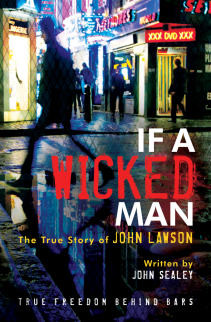